Top 10 places to visit in Thailand

The famous Southeast Asian country, Thailand is known for its exotic tropical
beaches, royal palaces, ancient ruins, temples displaying Buddha and other
famous exotic locations. Thailand is home to the world’s smallest mammal
bumblebee bat to largest fish whale shark in Thai waters.
Each year approximately around 6,00,00,000 people visit Thailand, made up of
1,430 islands many of which are also being showcased infamous Hollywood
flicks.
It doesn’t matter if you are traveling Thailand solo or with your friends, It’s one of
the best places in the world to fulfill your wanderlust and travel goals.
Let’s look at the Top 10 places to visit in Thailand : 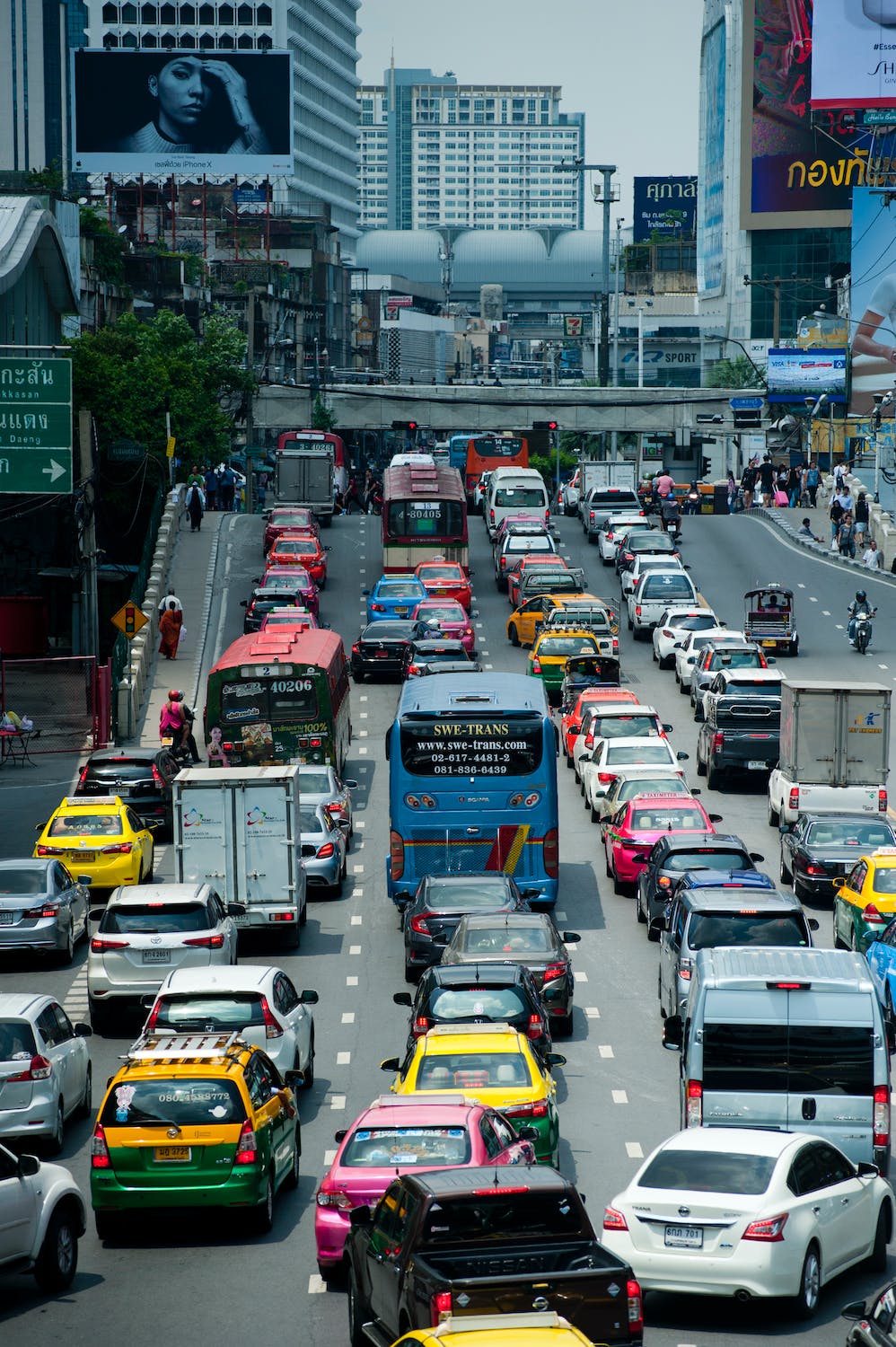 Thailand’s capital city, Bangkok is known for its ornate shrines, nightlife, top-
notch museums, royal palaces, and temples. The famous Chao Phraya river
which earned the title of Venice of the East for Bangkok feed its network of
canals. Bangkok is a fascinating place, which never goes to sleep there’s always
a hive of activity in the city. While you are in Bangkok a visit to Wat Pho which is
home of the famous reclining Buddha, from traditional teak buildings like Jim
Thompson House and M.R. Kurit’s House both houses turned museum to jaw-
dropping skyscrapers and shopping malls. Bangkok is also famous for its
exuberant nightlife from rich rooftop lounges to basic bars and nightclubs. 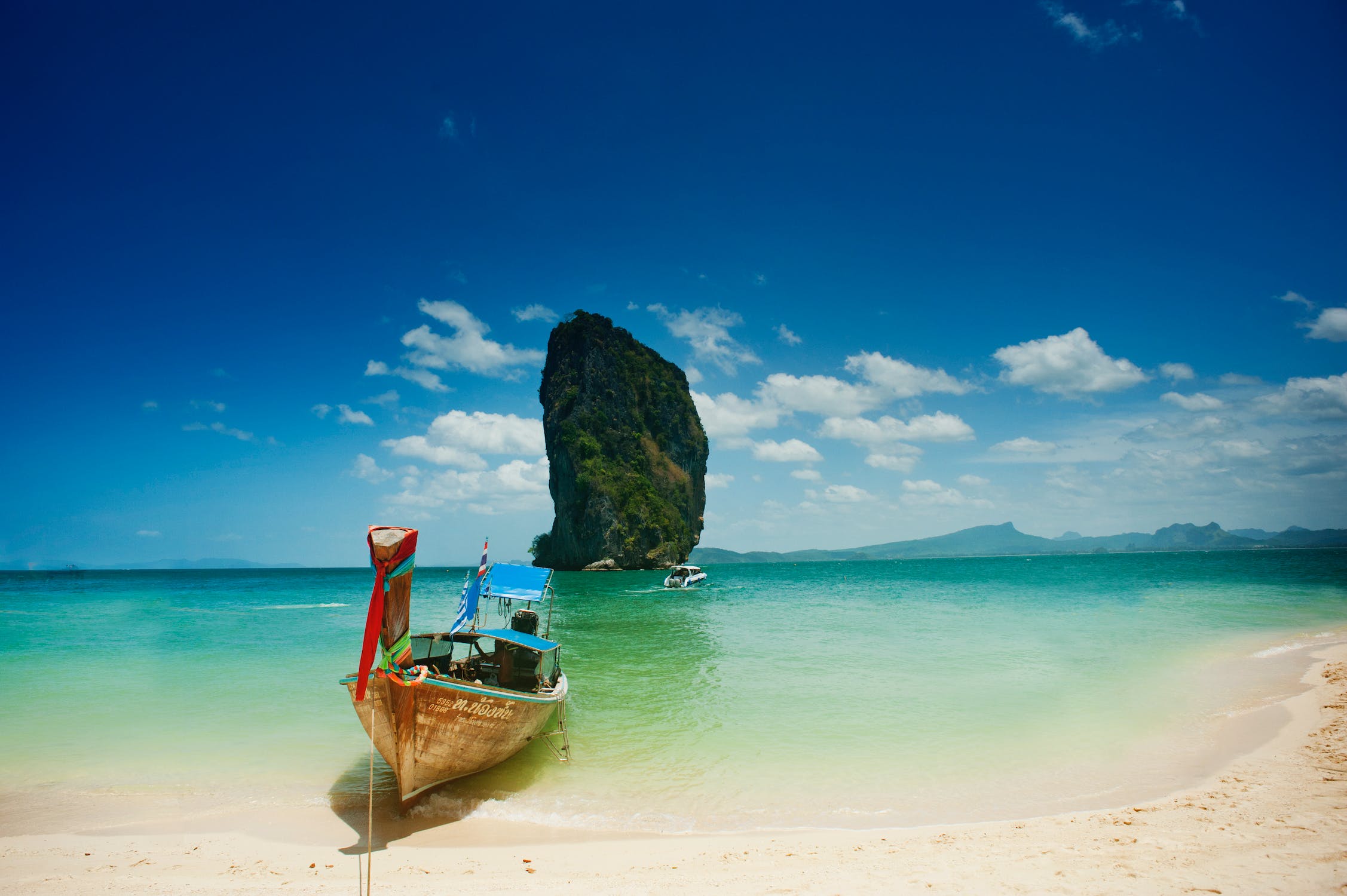 Phuket, the famous mountainous island in the lap of Andaman Sea, is the home
of some of the most famous Thai beaches. The island stores many high-end
resorts, spas, and restaurants. Patong is the main resort town which has many
nightclubs, bars, and discos to offer to its tourists. The island is also known for its
deepwater scuba diving among coral reefs, other attractions include Wat
Chalong Buddhist temple complex and Phuket Big Buddha statue.

Chiang Mai
Chiang Mai is a city located in the mountainous northern region of Thailand which
was founded in 1296, also it was the capital of independent Lanna Kingdom until
1558. It’s also the home to hundreds of elaborate Buddhist temples, the city also
offers treks into nearby mountains for temple visits, elephant training, or isolated
hill tribe villages.

Kanchanaburi
It’s a town in west Thailand, famous for the Death Railway, built during WWII.
The Death Railway to Burma, during its construction thousands of Asian laborers
and POWS, died. Various museums and war cemeteries present all the
information regarding the city and its bridge.

The Ayuthaya city is located in Chao Phraya River valley in Thailand and was
founded in 1350. Once declared as one of the most magnificent city on the earth,
Ayuthaya was a spectacular site consisting of more than 400 temples. The ruins
of Ayuthaya are now a major tourist attraction for Thailand. It’s just 80 km&#39;s from
Bangkok and easily commutable either by bus, van, train or boat.

Khao Sok National Park
It’s considered to be Thailand’s most beautiful wildlife reserve, it covers jungle
forests, limestone karsts, rivers, and lakes. It’s home to some of the most
magnificent Thai wildlife. There are several beautiful and jaw-dropping trek trails
through the jungle, beautiful photographic waterfalls, and natural swimming
pools.

Phanom Rung
This place is sitting on an extinct volcano in northeastern Thailand. It’s a Hindu
shrine dedicated to Hindu god Lord Shiva. It was built to represent the home of
Lord Shiva’s home Mount Kailash between 10th and 13th century. The locals
celebrate Phanom Rung festival around April, with ancient Brahmin ceremonies
and sound and light shows.

Once a quiet village in northern Thailand, Pai is a town in the Mae Hong Soon
province of northern Thailand. It’s known for its hot springs, waterfalls,
downtown, food stalls and handicraft shops. In the west of the town lies Baan
Santichon, which is a traditional Chinese village consisting of clay houses and
serving Yunnan cuisine.

Lopburi
If you are a travel enthusiast as well as interested in history and culture then this
place is a must-visit for you in Thailand. It&#39;s one of the oldest cities in Thailand
and was also the former capital of Thailand. There are a lot of monuments and
cultural heritage sites and is also famous for trekking and rock climbing.

Pattaya City
Its a city on Thailand&#39;s gulf coast is famous for its beaches, resorts, shopping
malls, cabaret bars, and 24-hour clubs. Jet Skiing and Parasailing are what
makes it’s beachfront famous. Neon lit walk street is full of bars, discos, and
massage parlors. Nakula bay in the north also offers exotic beaches and many
shrines with Hindu and Buddhist carvings.