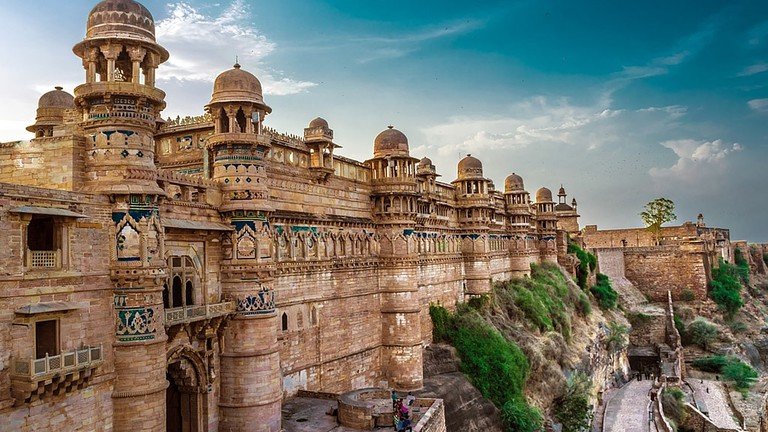 Gwalior in Madhya Pradesh has its own history. It's a place of historic monuments .explore the local market Gwalior has a highly efficient public transport system and traveling within the city can be easily facilitated by buses and auto-rickshaws. Tourists can also hail cabs to cover all sightseeing spots together comfortably.

If you are in Gwalior, Gwalior fort is the place you must go situated on top of a hill, During the rebellion of 1857, the fort saw great warfare – Rani Lakshmibai (the Queen of Jhansi) came fighting from Jhansi to Gwalior and sought shelter inside the fort. After fighting for days with the Britishers, she jumped from the fort on her horse and sacrificed her life. Until India gained independence in 1947, the Scindias continued ruling the city and constructed a number of monuments.

With the blessings of Kaila Devi, we started a new tour from Gwalior to Kaila Devi Temple (Karauli) Rajasthan, Join Tour with us and take the blessing of Maa. it is better than the bus service the best time suites to you .

Hire a driver to make the commute a breeze in Gwalior When you have a work-packed day ahead, you may not be in the mood to drive to work. All driver firms make sure that their drivers can handle all types of cars. While availing of the service, please ask them how much experience the drivers have. Hire a driver with a car or without a car, select as your package. You can hire a driver for 1-2days, weeks, and even months. Please enquire with the driver service agents about the duration. 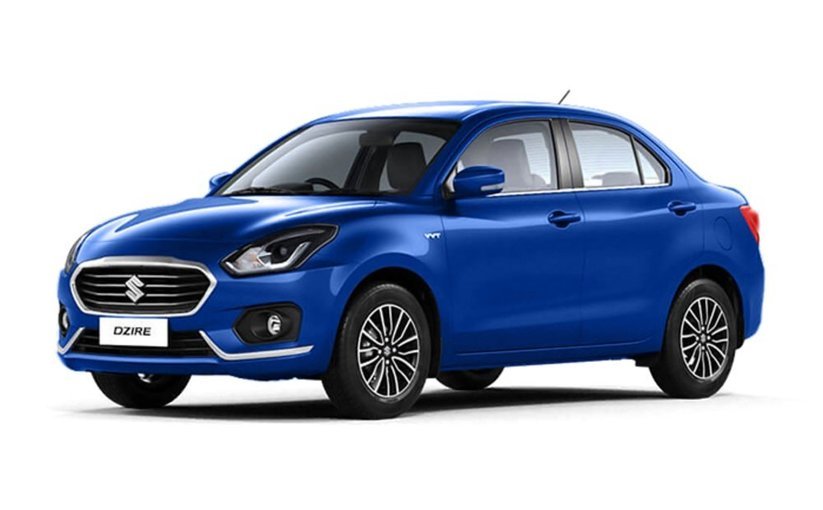 Enjoy a stress-free trip and think less about commuting during your visit to Gwalior with this private transfer service. Kick off the experience with a convenient hotel or airport pick up service, and you're good to go! Sit back, relax, and let your professional and friendly driver navigate the busy roads of the region. See the city from the comfort of an air-conditioned and modern car. Choose between two vehicle options: a standard sedan to accommodate 3 passengers and an SUV to transport as much as 05 passengers. So what are you waiting for? Book now and skip the hassle of crowded public transportation networks with this service.

Explore Gwalior and their Heritage sites by driving an affordable car rental. Find the best hatchback, car, and SUV among six vehicle options offered. Sit back and relax in a comfortable and spacious interior on the way to your destination. Request services such as booster seats, child seats, and car insurance plans are also available. All cars have sufficient space to fit all your luggage needs during your stay in Gwalior. This is a great activity for those who want to let loose outside of the hustle and bustle of the city. 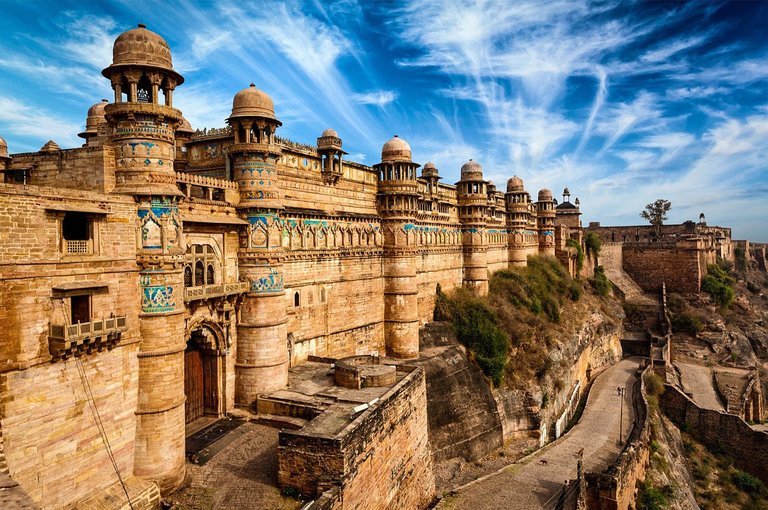 Firstly, we will go to the Gwalior Fort, Gwalior fort has a long and interesting history. Gwalior Fort is a hill fort near Gwalior, Madhya Pradesh, central India. The fort has existed at least since the 10th century, and the inscriptions and monuments found within what is now the fort campus indicate that it may have existed as early as the beginning of the 6th century. Then we will go to Jai Vilas Palace, The Jai Vilas Mahal, also known as the Jai Vilas Palace, which is a nineteenth-century palace in Gwalior, India. It was established in 1874 by Shrimant Jayajirao Scindia Alijah Bahadur, the Majesty of Gwalior. Then we will look ahead to the Gwalior Zoo, Small zoo in a garden-like complex with a range of animals, from snakes &amp; birds to a white tiger. Then, we will see the Tomb Of Ghaus Mohammad, Gwalior. Ghaus Mohammed was a 15th-century Sufi saint. He was an Afghan prince who later became a Sufi. He was the teacher of musician Tansen. At the end of the tour, we will go shopping at Maharaja Bada. 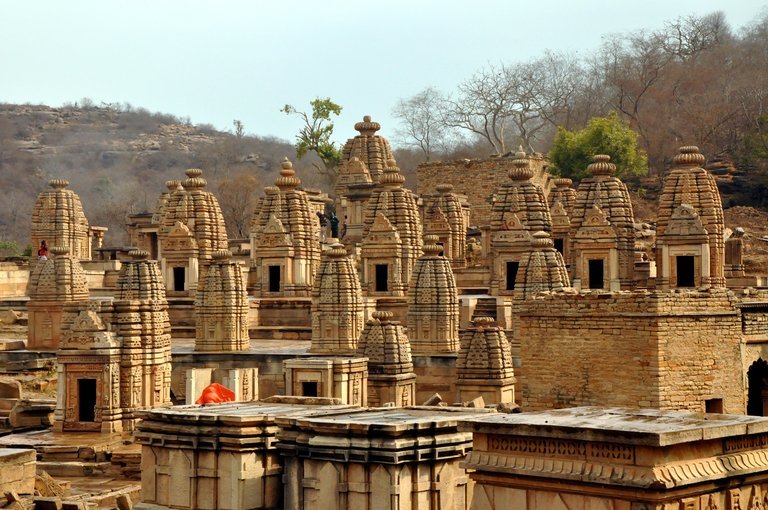 One of the four major existing shrines of the 64 Yogini, Mitawali’s outer wall is decorated with images of Hindu gods and goddesses. Mitawali is a village where the popular Chausath Yogini Temple lies - The temple is perched atop a hill surrounded by the lush greenery. ... As claimed by etchings and engravings in the temple, the ancient shrine is said to have been built by the Maharaja Devapala. The temple structure is also a wonderful lesson for rain harvesting and engineering. The perforated base at the central structure allowed rainwater to collect in a huge reservoir below which is not visible from outside. The roof is also built in a way that rainwater gets drained quickly. Bateshwar Hindu temples are a group of nearly 200 sandstone Hindu temples and their ruins in north Madhya Pradesh in post-Gupta, early Gurjar-Pratihara style of North Indian temple architecture. It is about 35 kilometers north of Gwalior and about 30 kilometers east of Morena town. 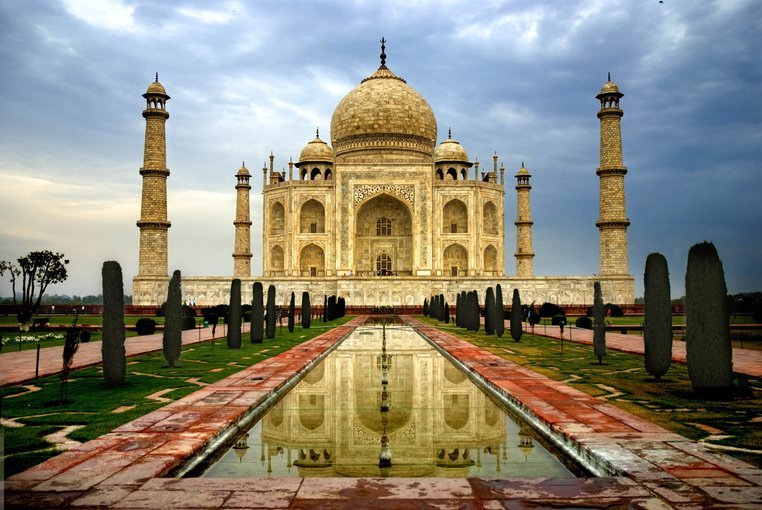 In this tour, you will go to Agra with a private car(Up to 4 people) or van(Up to 6 people) from Gwalior. A private tour to one of the seven wonders of the world, the Taj Mahal, found in Agra and explore the two most beautiful UNESCO World Heritage sites in India: Taj Mahal and Agra Fort. We will learn about the iconic love story behind the 17th-century white marble mausoleum and marvel at its design. Firstly we will meet at a pick-up location then drive to Agra. You'll have time to enter it, admire the exterior and interior, it's garden, and take in the ambiance. You'll return safely to Gwalior to your hotel after this day of history.

Fortuner On Charter in Gwalior

Get Luxury Fortuner on rent (charter) for convenience sightseen in Gwalior. professional driver.